The Honourable R. Roy McMurtry, Q.C., has a long-standing record of public and community service. McMurtry practiced law as a trial counsel for 17 years before being elected to the Ontario legislature in 1975. Upon election, he was appointed to the Cabinet of Premier William G. Davis as the Attorney General of Ontario, a position he held until 1985. As Attorney General, he oversaw important reforms to Ontario’s justice system including bilingualism in the courts, multiculturalism and family law reform. He took an active part in the negotiations that led to the repatriation of the Canadian Constitution and the creation of the Canadian Charter of Rights and Freedoms.

L2L is also grateful for the support and contributions of our team of over 30 experienced educators who volunteer as L2L Trainers.

L2L is grateful for the support of RBC through the RBC Future Launch initiative.

We are always looking out for passionate, creative rockstars.
Be part of our team. 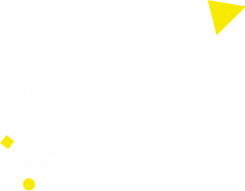 We are an affiliate of International Development and Relief Foundation (IDRF).

About Us
L2L Program
Our Impact
Donate
Contact Us

Stay in the loop.